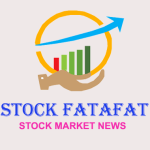 Trading in AMC Entertainment halted twice by NYSE regulators Wednesday with the stock surging past $61 (nearly double where shares closed Tuesday). The stock exchange halted trading at 12.26 p.m. ET and again at 12:32 p.m. ET for a “LULD” pause when AMC shares surpassed a Limit Up-Limit Down rule. Today AMC Entertainment surged up to 110% and it closes at 100% up with a price of $64.

After vaccination started, Movie theatres started lifting mask mandates for those vaccinated moviegoers, and the weekend release of A Quiet Place Part II became the biggest U.S. box office hit of the pandemic era. But that’s not the only reason for moving the stock of AMC Entertainment Holdings (NYSE: AMC) Stock surged in the USA today.

The movie theatre chain announced a popular rewards program to support its shareholders. But it also helped allow an institutional investor to hash a quick intraday trading its stock. Now AMC’s former owner and largest shareholder, China’s Wanda Group, exited its stake in the theatre operator. The new shareholder base driving the stock frenzy comprises retail investors and traders.

AMC CEO Adam Aron is embracing the opportunity to grow the business with the help of this retail investor crowd. On 2nd June the company announced a new initiative to specifically engage with retail shareholders with the launch new platform for them, AMC Investor Connect. According to AMC, as of March 11, more than 3.2 million individual investors owned a stake in AMC. It represents more than 80% of share ownership. The company plans to use the new platform to directly communicate with retail investors. And the company offers to the retail investor to get exclusive discounts from free popcorn to invitations to special movie screenings.

Aron is clearly attempting to convert interest in the stock into additional business for the company. He said in a statement, “With AMC Investor Connect, that effort in relationship building will continue apace even if our shareholders now number in the millions. After all, these people are the owners of AMC, and I work for them.”

What Happen In Stock: –

CEO Adam Aron told the offers retail traders on Reddit and social media platforms and they hugged him right back. That also helps AMC Entertainment stock surged today USA. Yet surprisingly, it was an institutional investor that got the biggest reward. Mudrick Capital bought 8.5 million shares of AMC for $230 million at a price of just over $27 per share in tuesday, but it reportedly turned right around and sold the position almost immediately after purchasing it. It’s unclear exactly how large a profit Mudrick reaped. Although based on the timing of reports, it seems likely that the investment company missed out on what would have been an even bigger gain if it had held on just a single day and sell it today.